Home \ product
View cart “Set of 3 Rustic Olive Wood Bowls” has been added to your cart.

This carving celebrates the story of Jesus’ conversation with the outcast woman of Samaria in John 4. It is made from locally sourced olive wood and crafted by artisans in the Bethlehem area.

For the size and extra information of this product, please click on additional information below.

This story is greatly cherished by believers for its portrayal of Jesus’ grace, mercy, and love for the outcasts. The figure depicted in this carving was ostracized due to her status as a lowly woman and an immoral prostitute. As a Samaritan woman living in Schechem (modern-day Nablus in the West Bank) she was also considered an enemy of the Jews. Simply by speaking with her Jesus broke the strict religious taboos and cultural expectations of his day; but in doing so He demonstrated he had come for all people, regardless of race, gender, the sins they committed, or the backgrounds they grew up in.

Note: Due to the dark swirling grains of the olive wood each carving is completely unique while maintaining the distinct hand-carved form seen in the image.

There are no reviews yet.

This site uses Akismet to reduce spam. Learn how your comment data is processed. 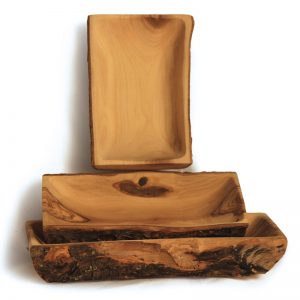